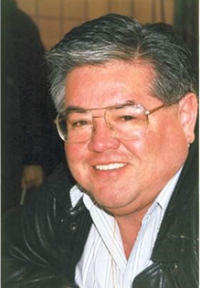 “There are three kinds of leaders: floaters who do nothing but float around; those who push others down so they can stay afloat themselves; and swimmers. Be the swimmers to gain skills and knowledge for your people…”

Those who knew George are well aware of his long and varied career in First Nation Politics. He will be fondly remembered first and foremost as a husband, father, brother, uncle and friend. But for those who had the honor of working with him he will also be remembered as an advocate, a champion, a strategist, a counselor, a pragmatist and a mentor.

George believed in the power of quality education. He was among a new generation of Aboriginal leaders who attended university in the 1960’s. Following University he returned to his home community where he could put his education in engineering and education to good use.

George was a very humble man, and although he traveled the world and loved the best of things, he never forgot who he was and where he came from. He was a man of conviction, he talked tough in negotiations but was a very gentle, loving passionate person, and he spoke from the heart and had a love for children and young people.

George was passionate about good food, good wine and a great host. George and Matilda hosted everybody from all walks of life with warmth, kindness and generosity.

George was a one of a kind leader, there was no one else like him. We are all truly blessed that George touched each and every one of us. We live amongst his legacy in our community as other continue to work towards his dreams of self-governance and self-determination for our people. And so much more work benefiting Tseshaht, Nuu-chah-nulth, BC First Nations, First Nations across Canada and Indigenous peoples around the world.