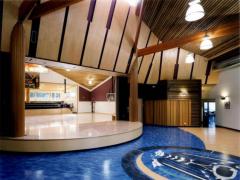 This department focuses on the delivery of education services to Tseshaht members and supports the goals of the Tseshaht First Nation and the Education Committee’s mandates, including pursuing jurisdiction over education in conjunction with the First Nation Education Steering Committee (FNESC).

For more information about our school please click here: http://www.haahuupayak.com/

What is First Nations jurisdiction over education?

First Nations have been seeking the recognition of their jurisdiction over the education of their learners for over 30 years. Relevant efforts in that regard have included significant research, community consultations, negotiations, and lobbying.

That work has resulted in significant success in British Columbia (BC), and on July 5, 2006, the First Nations Education Steering Committee (FNESC), Canada, and the Province of British Columbia (BC) signed a package of agreements to recognize the jurisdiction of BC First Nations over K-12 education on-reserve. The package of agreements that was negotiated includes an overarching Framework Agreement that lays out the responsibilities of each party, which was confirmed with the passage of federal legislation (completed on December 12, 2006) and provincial legislation (completed in November 2007). The other agreements included in the package are the template Canada-First Nations Education Jurisdiction Agreement (CFNEJA) and template Funding Agreement, and the BC-FNESC Education Jurisdiction Agreement.

The BC jurisdiction negotiations involve 63 First Nations who submitted Letters of Intent to become Interested First Nations (IFNs). IFNs are defined as those Nations that intend to negotiate CFNEJAs and ultimately become a Participating First Nation.

In 2006, the IFNs met and determined a process for moving forward with capacity building and with the negotiation of individual CFNEJAs. At that time, the IFNs discussed two possible approaches: working individually or continuing to work together. The First Nations elected to continue to work together, as they saw value in sharing their knowledge, creating economies-of-scale, and collectively working toward capacity building. The side menu includes information on the status of negotiations.

First Nations subscribe to the philosophy of lifelong learning and in BC that is the approach being taken towards education jurisdiction. However, it has been agreed that there will be a phased approach to education jurisdiction negotiations beginning with the K-12 system and then moving on to early childhood development and post-secondary programming.

The initial phase is the jurisdiction over on-reserve, K-12 First Nations schools and it will serve as an important stepping stone to achieving increased education success for First Nations learners. First Nations have worked with BC to facilitate increased influence on the education of their learners in the public education system.

The framework has been designed so that each First Nation in BC will be required to formally opt into the agreement if they so choose.

Throughout all of its efforts to pursue jurisdiction, FNESC has been fully committed to consultations with First Nations representatives. Specifically, FNESC facilitated two provincial meetings to describe the progress of the jurisdiction negotiations; one in December 2004 and one in February 2005. These information sessions were used to update First Nations on progress to date and to gain input from First Nations on the proposed frameworks for the assumption of jurisdiction.

With the initialling of the package of agreements in November 2005, the stage is set for First Nations to begin to build the capacity to exercise jurisdiction. To facilitate improved training to communities FNESC, is providing training to community members to become community champions. These people will then be available as resource people. The federal government is hoping to recommend enabling legislation to the legislature for approval in the fall of 2006.

The matter of funding for jurisdiction is still under discussion, however, First Nations are clear that without adequate funding the Agreements are defunct.

First Nations have requested that a process be made available in which they could express their interest in being a participating First Nation for exercising jurisdiction and authority over education. If your community is interested in participating, click here.

Areas that have been negotiated include the following:

BC Ministry of Education